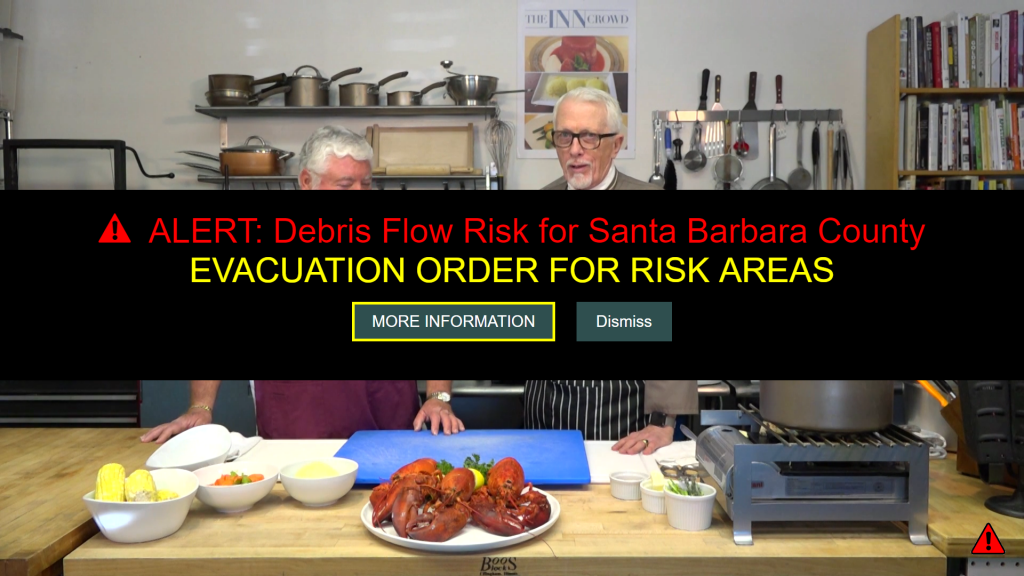 The new on-screen interface and two use cases built on an actual emergency will spotlight how robust multimedia emergency messaging – before, during, and after an emergency – can improve disaster resilience for communities and the nation. At NAB 2019, in addition to the AWARN Alliance’s presence in Futures Park, AWARN will be highlighted in the ATSC-CTA-NAB “Riding the Road to ATSC 3.0” exhibit in North Hall and Central Lobby and the U.S. Federal Emergency Management Agency’s booth C3330.

The use cases shown for the first time at NAB 2019 were produced with support of NAB PILOT in association with News-Press & Gazette’s KEYT-TV in Santa Barbara, California and the Santa Barbara County Office of Emergency Management. The scenario is based on an actual “debris flow” event on February 2-3 that forced a mandatory evacuation and closed the 101 Highway.

John Lawson, executive director of the AWARN Alliance, said the AWARN Steering Committee has unanimously directed the expansion of AWARN’s mission to include the integration of official alerting and on-going news and information, which will be demonstrated at the NAB Show.

“Widening of our focus to include a wider range of emergency information, both before and after an alert is sent, represents an evolution of AWARN’s role. We see the potential to work with TV news departments in the months ahead and develop a framework for using ATSC 3.0 to serve our communities like never before,” he said.

A highlight of the demonstration, developed through NAB PILOT’S open source initiative with Triveni Digital, will be ATSC 3.0 alert and information integration. This next-gen technology will enable broadcasters to seamlessly manage alerts and associated emergency information templates. The tool will provide a consistent look and feel to viewers, based upon the AWARN UX focus-group findings, along with interactivity, augmented media in live feeds, multi-lingual alerts, and other advanced features. The demos will be displayed on 4K Ultra HD TVs from LG Electronics.

Also exhibiting in the AWARN booth in Futures Park will be the IPTV Forum Japan, represented by T-NET Japan and Internet Initiative Japan Inc. (IIJ). They will demonstrate an advanced emergency information on-screen portal developed for the hybrid integration of over-the-air broadcasting and broadband in smart TVs. Developed for the highly effective Japanese emergency communications system, T-NET and IIJ plan to adapt the advanced information system for use with ATSC 3.0 transmission. The Forum is a member of the AWARN Alliance, and T-NET Japan also is sponsoring the exhibit.

AWARN at the NAB Show 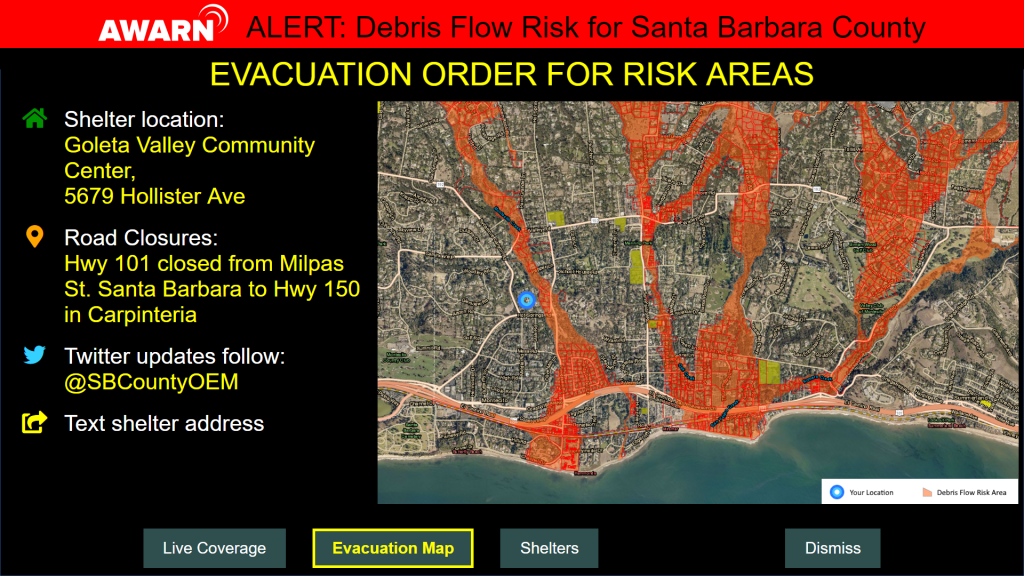 AWARN Alliance
The Advanced Warning and Response Network (AWARN) Alliance is a cross-industry, international coalition formed to create the world’s most advanced emergency messaging system. Members include commercial and public broadcasters who reach 90 percent of U.S. households, consumer technology makers, and B2B tech companies. AWARN is based on the Next Generation Television transmission standard (ATSC 3.0), which the FCC has approved for voluntary use by broadcasters. When fully deployed, AWARN can deliver geo-targeted, rich-media alerts to an unlimited number of enabled TVs, connected cars, and handheld devices even when cellular fails or the grid is down.

New-Press & Gazette, Unisoft Corporation, and T-NET Japan are the newest members of the AWARN Alliance.