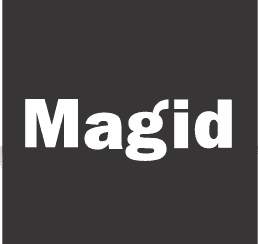 The AWARN Alliance is a voluntary, international coalition of media, consumer electronics, and B2B technology firms and trade associations that have come together to utilize Next Generation Televisions, based on the ATSC 3.0 standard, for advanced emergency alerting, news, and information.

“Magid is the perfect partner for AWARN as our mission has evolved. AWARN members will soon take part in News Thought Leader Roundtable discussions that could shape the way local TV stations cover emergencies for years to come. We’re looking beyond the initial alert to new ways for delivering on-going emergency news and information with ATSC 3.0, when and how people want it. In helping us structure and facilitate these discussions, Magid brings an extraordinary level of expertise and credibility to the process,” said AWARN Alliance Executive Director John Lawson.

“We are proud to support the AWARN Alliance in its mission to harness the power of Next Gen TV for emergency alerting, news, and information. Through the many research projects that we have conducted for Pearl TV, we know that consumers will embrace the new features made possible by ATSC 3.0. Using that same platform in emergencies will give TV newsrooms powerful new tools for reaching people on a wide range of consumer devices. It means that people will continue to turn to their local stations as the trusted source for critical information when they need it most,” said Magid Executive Vice President Bill Hague.

The AWARN News Thought Leader Roundtables will focus on the development of an emergency information framework that will describe the process and mechanics of alerting and informing. The goal is development of a voluntary “playbook” that will focus on practical concepts for using Next Gen TV for reaching more viewers in new ways before, during, and after emergency events. “Modules” for both news and non-news stations will be considered.

Open to professionals at AWARN Alliance member companies, the first Roundtablewill take place on September 23 from 1-5 pm CT at the Renaissance Chicago O’Hare Airport Suites Hotel. It will precede the News Technology Summit, which begins that evening at the same venue. (Separate registration for each event is required.) A second AWARN Roundtable will be hosted at Magid offices in Sherman Oaks, California on October 8. More information can be found at AWARN.org.

Magid’s Hague will facilitate the discussions, along with Lawson and AWARN Principal Consultant Gail Fenkell. Hague and Lawson are also moderating panels at the News Technology Summit that follows the Roundtable.

The Alliance is also conducting an encore presentation of its Future of Emergency News & Information Webinar on September 3 at 1 pm ET. As she did on previous webinars, ATSC President Madeleine Noland will provide an overview of the ATSC 3.0 standard. Lawson will update attendees on AWARN’s development. And Jim DeChant, Vice President of Technology at News-Press & Gazette Broadcasting, will report on KVIA-TV’s intense coverage of the El Paso shootings and share concepts for utilizing Next Gen TV in future emergencies.

The coming and past webinars are non-technical briefings designed to “level-set” participants with basic knowledge of ATSC 3.0 and AWARN before the News Though Leader Roundtables. The webinars are free-of-charge and open to all. AWARN’s July webinars attracted a wide cross-section of television industry professionals and received all five-star ratings from respondents to the post-event survey.

Magid is a consumer-centered business strategy company delivering courageous thinking that shapes better experiences, products and services. Since 1957, thousands of local and global brands in over 40 countries have engaged the firm for bold ideas that have helped achieve innovation and success. The Magid team is passionately curious and driven by the pursuit of improving human experiences with every engagement.

The Advanced Warning and Response Network (AWARN) Alliance is a cross-industry, international coalition formed to create an advanced emergency messaging system. Members include commercial and public broadcasters who reach 90 percent of U.S. households, consumer technology makers, and B2B tech companies. AWARN is based on the Next Generation Television transmission standard (ATSC 3.0), which the FCC has approved for voluntary use by broadcasters. When fully deployed, AWARN can deliver geo-targeted, rich-media alerts, plus on-going news and information, to an unlimited number of enabled TVs, connected cars, and handheld devices even when cellular fails or the grid is down.