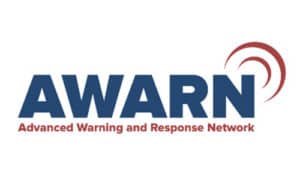 The growth of AWARN’s membership comes as the coalition’s mission has evolved to include not just emergency alerting, but a wider range of news and information that a television newsroom, working with emergency managers, can provide. The Alliance will be launching roundtable discussions with TV news thought leaders in the months ahead. The goal is development of a voluntary framework for packaging a TV station’s news assets and using ATSC 3.0 to engage with viewers as their trusted information source across multiple devices.

“Our new members bring years of experience in advanced television, as well as the integration of over-the-air television and the internet. Our new Japanese members also bring first-hand knowledge of the Japanese emergency warning system, the most sophisticated in the world. The expertise that all of these companies bring in developing the full potential of Next Gen TV is a major asset in achieving our goals,” Lawson said.

Yoshi Tsurimaki, producer, business development for T-NET Japan, said, “We see great potential for ATSC 3.0 interoperability with the world’s other key technical standards, such as W3C, 3GPP, and Hybridcast. We are happy to support AWARN because it presents a very clear use case for the power of an all-IP broadcast transmission capability.”

Lawson and Tsurimaki are panelists at the TV of Tomorrow Show in San Francisco, June 12-13.

The Advanced Warning and Response Network (AWARN) Alliance is a cross-industry, international coalition formed to create the world’s most advanced emergency messaging system. Members include commercial and public broadcasters who reach 90 percent of U.S. households, consumer technology makers, and B2B tech companies. AWARN is based on the Next Generation Television transmission standard (ATSC 3.0), which the FCC has approved for voluntary use by broadcasters. When fully deployed, AWARN can deliver geo-targeted, rich-media alerts to an unlimited number of enabled TVs, connected cars, and handheld devices even when cellular fails or the grid is down.