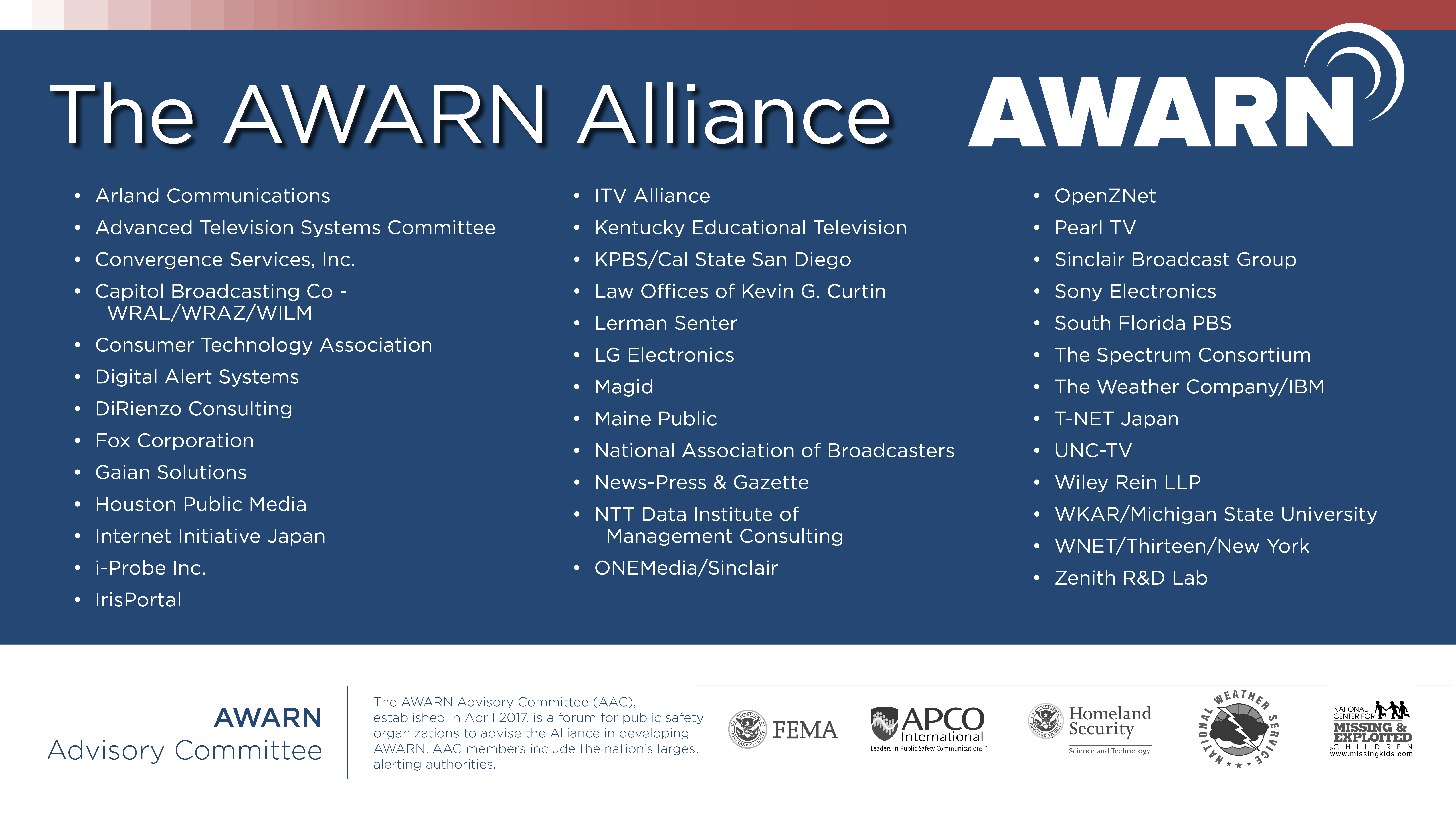 Thought Leaders for Next Gen TV News, Information, and Alerting

As the launch of Next Generation Television approaches, the AWARN mission has evolved as well. As led by the AWARN Steering Committee, keeping our industry’s promises to use ATSC 3.0 for advanced emergency alerting remains our highest priority. When fully deployed, AWARN will deliver geo-targeted, rich-media alerts to an unlimited number of enabled TVs, handheld devices, and connected cars – even when cellular fails and the grid is down.

At the same time, we are leading development of a framework for Next Gen TV emergency news and information. Through a limited number of “roundtable” discussions with industry thought leaders, we will define best practices for each media organization to achieve its own goals in this vital arena.

The Advanced Warning and Response Network (AWARN) Alliance is a cross-industry, international coalition formed to create the world’s most advanced emergency messaging system. Members include commercial and public broadcasters who reach over 90 percent of U.S. households, national trade associations, consumer technology manufacturers, and B2B technology companies. AWARN is based on the Next Generation Television transmission standard (ATSC 3.0), which the FCC has approved for voluntary use by broadcasters.

The Alliance is managed as an unincorporated not-for-profit coalition under contract with ConvergenceServices, Inc. and John Lawson as Executive Director. Overall direction and oversight are provided by the AWARN Steering Committee. Members joining at the Governance Level are guaranteed a seat on the Committee. Annual elections are held for other seats.

We invite you to join the AWARN Alliance. Help us define the future of Next Gen TV news, information, and alerting before someone else defines it for you.  If yo would like to learn more and become a Member, please contact us.